The decapitated bodies of four members of the same family were found on the second floor of a flat in Abdar area of Sreepur upazila in Gazipur. The relatives got the information that the body was inside the house at 4.15 pm on Thursday. Later at 5 pm, police and local MP Iqbal Hassan went there. 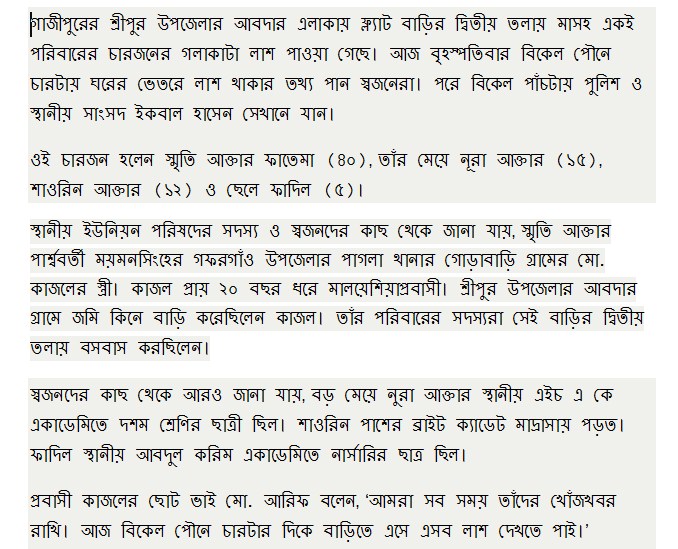 It is known from the members and relatives of the local union parishad, Smriti Akhter, Md. Gorabari village of Pagla police station of Gafargaon upazila of Mymensingh. Kajal’s wife. Kajal has been living in Malaysia for almost 20 years. Kajal bought land and built a house in Abdar village of Sreepur upazila. His family members were living on the second floor of the house.

Expatriate Kajal’s younger brother said. “We are always on the lookout for them,” Arif said. I came home at around 4.15 pm today and saw these bodies. ‘

Asked about this, Gazipur Assistant Superintendent of Police (Kaliakair Circle) Al Mamun told Prothom Alo, “We have come to the spot. The details can be known. ‘

A History Of The Patient Snake Bite

More Than 2.5 Lakh Different Levels of Vacancy in Bangladesh